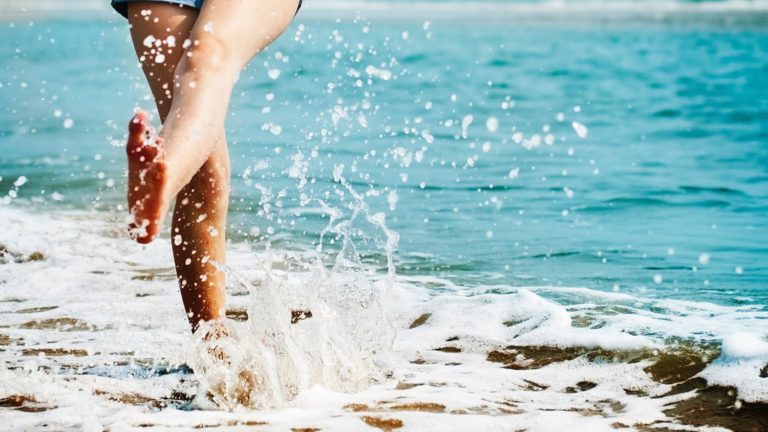 When I was a child of 10, I used to wonder if my life was real or if I was just dreaming it. Turns out I was. Shocking to realise that I think I’m having a life but it is just my programmed mind running in the ways it was taught by parents, teachers and society. Totally inauthentic and robotic but believing myself to be a strong individual with opinions of my own.

Seeker: I feel like I’m stuck in a state of being reactive, being negative or not able to let things go. I feel stuck in that.

Vishrant: Yes, because you believe the “I” is real. You believe you are real. In the moment, without a past and future, there’s something else that’s here that is real.

The “I” that’s being reactive is not real. It’s projection and it’s dragging the past into the moment to keep itself alive in a way and it’s not real; it’s a false you. You’re here, there’s an authentic you here, a real you here but this mirage is being supported. It’s not being clearly seen to be a fake.

You’re here and nothing can touch you, but this other thing, it’s all over the place. This “I” that’s not you. This “I” is made up of contractions. Even the projections are contractions. The reactivity is a contraction. All defences are just programs running and awareness is on that, and it’s believed to be real. There’s something else here that’s authentic, that’s real. It’s here, it’s true and it’s not being touched by any of this. It’s like this thing is wailing in pain.

Seeker: It’s almost like it’s wanting to be noticed or something. It’s creating something to get noticed.

Vishrant: It is indeed, and there’s this other thing that’s real that’s here. It’s authentic, it’s not moving, and it’s just here. It’s still silent, here, as well as this other crazy thing wailing and carrying on like a cyclone, in a way.

You keep identifying with the crazy one that’s in pain. Come back to reality. Here here here until this becomes your reality all the time. As long as you go to this crazy one, the world isn’t going to get any better; it’s chaos.

You’re here right now. Here. Know yourself as being. Have no future, no past, you simply are and you are here now and this thing’s crazy, whizzing around. You don’t need to stop it, you just be aware of what’s here, this that’s real. It’s anchoring in the real rather than anchoring in the unreal. While you believe this other stuff to be, this “I” that’s going crazy to be real, you’re anchoring in it and it’s crazy because it’s just painful for you. You are pure being, you’re here, nothing’s happening to you. It’s not really about making this one more peaceful; it’s about becoming aware of the real one, the one that’s not touched by anything. No matter what’s going on, it’s here.

Seeker: I’m aware of being so fed up with life being so difficult or complicated.

Vishrant: That’s the crazy one still.

Seeker: I just want it to be still but it’s not.

Vishrant: But that’s the crazy one that’s wanting that too. It’s addictively demanding that life be still, and when it’s not getting it, it’s throwing tantrums in your mind.

There’s something else that’s here, that’s you, that’s not moving, that already is peaceful and it’s here and it’s now and it hasn’t got a future or a past.

It’s here and this crazy thing is moving around it, this “I”. Like it’s writhing in pain and there’s this thing that’s still that you are and it doesn’t think, it just is. It’s just here.

Seeker: Why can’t I stay with that?

Vishrant: Stay here with me right now. That question drags you away from you, from here. The very question takes you back into the nightmare. You’re here, you’re still, you’re silent, you’re pure being, and you don’t have a past and a future.

You’re always here and you don’t mind if everything stays the same as it is. Who you truly are, what you truly are doesn’t mind. It’s ok.

You keep identifying with the crazy one that’s in pain. Come back to reality. Here here here until this becomes your reality all the time. As long as you go to this crazy one, the world isn’t going to get any better; it’s chaos. Come back to this one that’s still and silent. This one’s that here in you always, it’s not somewhere else. It’s not in Satsang, it’s in you and you operate from here, you be here, you be here, you be here and then you get to see all this craziness happening but it’s not happening to you, it’s happening around you, in you, through you, but it’s not happening to you. You’re pure being, just expanded awareness.

All the questions give me an opportunity for me to point you back to yourself. In a way the question itself brings you away from you, from your authentic self, because it takes you into dream.

Wanting to understand is another way of avoiding reality, of True Self.

To be happy with not knowing is the key. To be happy with being ‘less than’ rather than ‘more than’ is the key. Jesus talked about the Kingdom of Heaven. He said those that come last will come first. He was saying that those who are willing to be ‘less than’ make it. If we’re willing to be last, everything happens. If we’re scrambling to be first we live as the false, we live as the one scrambling to be first.

What we are is here now in this moment. Not gained through any understanding or knowledge. Nothing that is added on can help. It is really about taking everything off that has already been added, becoming naked again, becoming empty and the beauty is here. So sweet. It is never about later and it is never about before, it is always now. Nowness here.

The practices of present moment awareness and discounting the mind’s seemingly incessant stories and drama is the way to begin to live authentically right now. The mind wants quick fixes but they can only be temporary. If you want to change your life, bring yourself to this moment and live it fully. It is in being here now that you have the opportunity to realise your true nature.

Can The Mind Be Trusted?

How to Break the Dream?

Spirituality & Being in the World

Are You Willing To Uncover The Truth?