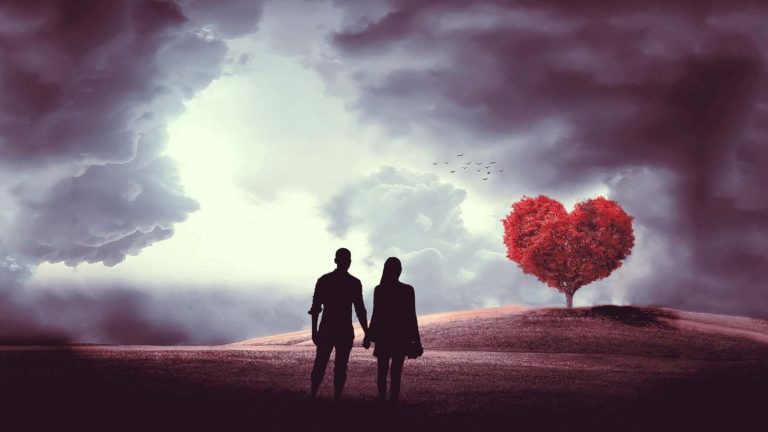 Betrayal can be felt from many different life experiences but the big one for most of us is sexual betrayal within a relationship. Feelings of abandonment, rejection, helplessness and more start to surface and often the response is to attempt to repress those feelings or avoid them with a multitude of distractions.

Vishrant: Is that ok?

Vishrant: That wasn’t what I asked. I know it hurts, but is it ok? Or is there a second pain there, with you making it not ok?

Seeker: I have actually been able to have a very good look at how resilient my mind is in terms of wanting to run a story, in relation to these wounds.

Vishrant: Do you mean run blame?

Seeker: It actually wants to run some sort of justification about being in the right.

Vishrant: Does that mean someone has to be in the wrong?

Seeker: Yes, I have been doing my best to not run the story and just sit with the pain.

Vishrant: And is it here right now?

Seeker: I just feel like there is an enormous amount of stuff leaving me.

Vishrant: Oh, is that ok?

Vishrant: No past, no future, no analysing, lot of stuff leaving you, fine?

But if we are really talking about love, it takes no prisoners, and it just gives; it has no expectations. Now if we are talking about what the ego wants, well that’s a total different kettle of fish, because the ego is very interested in its own security, and it likes to own things and it likes to take prisoner because it gets attached to them and it feels awful when they get threatened.

Seeker: I have been reading a book about the Buddha’s life on my travels, written by a Vietnamese monk and there are a number of questions that came out of that book but I don’t know that tonight is the night to address them.

Seeker: One of the things that is in that book that quite struck me was, that the Buddha apparently talked a lot about understanding being the cornerstone of love and that to love somebody there were two things you have to do. One was to be able to understand their suffering and then you could help them deal with it and the second thing was to understand their aspiration so you could help them in their aspiration in life.

Seeker: You say understanding is the booby prize.

Vishrant: Yeah. And you’ve got to remember that the texts have been translated from Pali into English and the word ‘understanding’ may mean, and more than likely means, awareness of.

Vishrant: So, instead of translating it and using the words, awareness of, they have used the word understanding, which changes it completely, because this game is about awareness.

Vishrant: Because the Buddha, being a sage, would know that it’s not about understanding, it’s about awareness. Where we can see the whole forest we don’t get caught up in the single tree. This is about expanded consciousness or expanded awareness, not about collecting knowledge in the form of understanding. Do you follow?

Vishrant: Does that put that to rest or is there still more about it?

Seeker: That was the positive attribute needed to love somebody and the negative factor was that one should never try to hold them or make them…?

Seeker: Yeah. Prisoner to one’s own belief, that they should be absolutely free to have their own beliefs?

Vishrant: Free to come and free to go too, and they should be free to sleep with whomever they want also.

Vishrant: Anytime they may want. If we are talking about love we are talking about freedom. Any kind of grasping or containing or suggesting that they have to do it your way is a form of imprisonment. So if he’s talking about love it’s very hard to talk about love because the people he was talking to at the time, were they experiencing unconditional love or were they just experiencing personal love? We listen to these sutras and we listen to an understanding of the sutras by a current Vietnamese monk, but originally was it being issued to someone having a love fight or was it being issued to someone who was actually sitting in unconditional love? It’s like there are different degrees of teaching, and what was appropriate at the moment it was said, may not have been appropriate two moments later. So it is very hard to take teachings from old masters and make them into gospel, because it changes depending on the circumstances.

Vishrant: But if we are really talking about love, it takes no prisoners, and it just gives; it has no expectations. Now if we are talking about what the ego wants, well that’s a total different kettle of fish, because the ego is very interested in its own security, and it likes to own things and it likes to take prisoner because it gets attached to them and it feels awful when they get threatened.

Seeker: Well security became an issue when I was on the road because it was a taste of none of my props or things that I am attached to, being there. So I got to have a look at that.

Vishrant: The sage steps into the unknown every step. No past, no future, awesomely here. And this is the possibility for all human beings. Live in the here and the now rather than the dream of the mind, which is a projection. So, people who are interested in awakening are going for living in the here and now. Even if they are going for awakening to heart, it’s about here and now because the heart doesn’t live in the future or the past either, it’s here and now.

Seeker: It was a good opportunity to practice some of these things for me.

Seeker: Why are some things so much harder to let go of than others?

Vishrant: Because you don’t want to.

Seeker: Even when you want to?

Vishrant: No you don’t, you’re actually not seeing if you are still hanging on: there is something that doesn’t want to let go. If you have seen it clearly enough, if you’ve seen that hanging on to anything is like hanging on to barbed wire, you let it go. But if you haven’t seen that clearly yet you still hang onto the barbed wire. Hanging on is prison. It keeps us small, it keeps us identified and it keeps us in pain. The only cure is let go. If you know that cure you don’t hang on. Yeah. The only reason you’ll hang on is because you want to, because you don’t know the big picture, awareness hasn’t gone far enough for you yet, to show you the big picture of what it costs to hang on. And how you actually don’t have a right to do that: imprisoning other people is cruelty. Let them go and see what happens.

The unconscious mind runs freely and dictates the happiness or lack of it in our lives. Letting go can seem to be against survival and against socially supported beliefs, but what is freedom worth? Intelligence and some detachment would dictate that it is the ability to surrender that leads to higher consciousness and happiness.

What Are The Four Noble Truths?

How To Have A Fulfilling Life?

How to Break the Dream?

True Rebellion: The Way Of The Heart

Self Enquiry – The Pathway to Enlightenment

How to Keep Meditating?