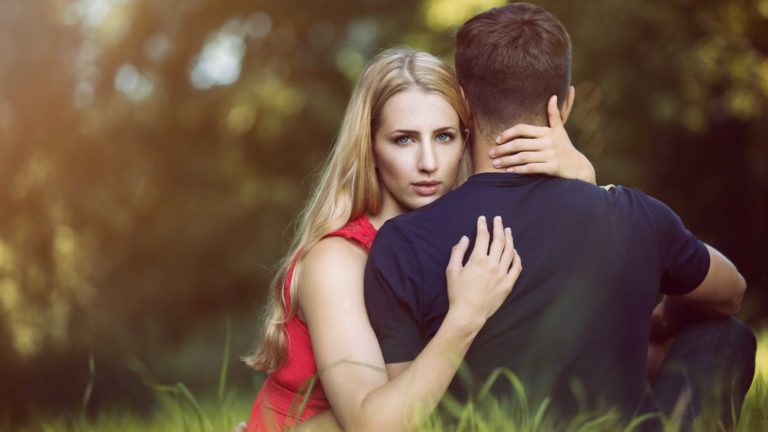 Jealousy is something we all experience in our lives with the possibility of experiencing mild discomfort to making serious and regrettable life choices. Can we see it as an invitation to investigate areas of ourselves where we haven’t shown up yet with openness and honesty?

Seeker: I think jealousy is probably my public enemy number one at the moment, or has been so.

In a lot of religions they see it as bad because they see the destruction that can happen through jealousy, but really it’s just a part of nature. It’s not bad, it’s just what is. You know it’s just something that appears in this vehicle, and it comes to protect what’s here, your relationship which is always about having offspring as far as nature’s concerned so there’s nothing bad about jealousy and I think it’s really important because so many of us get the idea that really it’s bad and give ourselves a damn hard time when we feel it.

When it does become bad is when it hurts other people. When I say ‘bad’ I’m just saying that hurting other people is not such a crash hot idea, that’s all. Yet jealousy in itself is not a bad thing, it’s just natural. The approach I had to jealousy is very, very simple because jealousy is similar to fear, in a way. We get jealous because we’re frightened something’s happening.

So, there’s jealousy but behind it can be massive wounding as well. That’s why when some people get jealous there’s an outrageous result like murder. It’s not so much of the jealousy there but because of the massive wounding that’s behind it, and the inability to control that wounding once it’s triggered.

My approach is that if there is jealousy arising, allow the worst fears about what was going on to be okay. In other words, visualise the worst and go ‘okay’. If there was anywhere that was not okay, that’s where I was still stuck and that’s where I was likely to lash out. What that did for me was it took me to all my wounding, because quite often behind jealousy, besides it being a natural part, is the wound of abandonment and betrayal. Do you know what I mean? So there’s jealousy but behind it can be massive wounding as well. That’s why when some people get jealous there’s an outrageous result like murder. It’s not so much of the jealousy there but because of the massive wounding that’s behind it, and the inability to control that wounding once it’s triggered. So, by allowing the self to feel the jealousy and at the same time to making it OK, or like the worst to occur, that would take me past the defensiveness of anger, which is usually the first defence of jealousy, into the wound which was probably betrayal and abandonment. And in allowing myself to feel that fully, something starts to heal.

By just going to anger, which is a defence system, nothing gets healed; nothing gets changed. So most people try to work out their lives so they don’t get jealous, so they get a partner who doesn’t play around or they imprison themselves by setting up circumstances that make it safe for them. But we don’t have to if we’re willing to feel what’s here and heal what’s here; we don’t have to make the world safe. That does mean, however, that we’ve got to be prepared to feel what’s here, and anger is usually a problem, because it’s not a wound, it’s a defence, and anger can only continue to exist if we keep blaming. If we stop blaming, anger dies and underneath it is the wound. In this wound of jealousy, quite often underneath it is helplessness which is something we never want to feel and it’s one of the things we’ll do anything to get away from. Yet if we really want to heal, that’s where we have to show up. It’s tough what I’m saying, it’s not easy. It wasn’t easy for me at all but it was definitely a way to freedom.

Just going to the old defence system of rage doesn’t heal anything. You’re trying to imprison someone by putting conditions on him or her, conditions under threat, which is not really a nice way to live. It could be this person or that person, the faces change but the wounding won’t and rather than start trying to change the world I decided to start changing myself.

Vishrant: I think existence has a marvellous way of showing people who want to know who they are, where they’re stuck. I don’t know why, that seems to be a mystery, but it seems to be the case so if we’re stuck in huge wounds of abandonment or betrayal, well, jealousy will show up because existence will bring us to someone to help us. It was God coming to liberate me from what was stuck inside this vehicle so it was a gift rather than a problem. It’s all God saying where you haven’t shown up yet. Or you can stay really small with it and there’s a price for that too, a terrible price. It’s almost like existence is asking us to get bigger.

Vishrant: The spiritual warrior’s main tool is surrender rather than resistance, which is the main tool in the outer world. Anyone that’s playing this game is in the same boat because we’ve all got wounds; we’ve all got the same junk. Gautama the Buddha, he talked about Mara, said that Mara would come to visit. Jesus had the devil and the Buddha had Mara and it came to visit the Buddha till he died. Mara had all these things that would tempt the Buddha and he had to keep surrendering and surrendering, this is what he said. Existence supplies us with the stuff to keep setting us free if we want to go for freedom; if we go for the sword we go to hell. So, a new way of learning, eh?

Some people have bigger abandonment wounds than others. Some have greater issues with it. Because of that it depends on childhood wounding I guess. But the same deal. We have got to learn to let go because that kind of thing governs too much of our life.

Jealousy is a big one for many of us. I greatly appreciate Vishrant’s teachings based on his own experience of his willingness to step back and witness jealousy and the triggering of defence systems, without allowing them to run destructively, when he was a young man. This is practice towards higher consciousness. As he says, “It’s not easy”,  But I can’t think of a more worthy goal than your own happiness and the happiness of those around you.

How your Relationship can Support Higher Consciousness

How to Break the Egoic Cage?

Why Do Women Feel Fear With Each Other?

How to Practice Spirituality in the Marketplace

Why The Way of the Heart is not Easy

How your Relationship can Support Higher Consciousness